You are going to take on the classic route of local Rimini cyclists. This is an itinerary laid out by the Sbubbikers teams and it was used in the first edition of their cycling tourism called "Gozzi Riminesi" which lends its name to the event itself. The so-called "gozzi" are those short and intense killer ascents, repeated at close distance, capable of knocking out even the best-trained athletes.

The route runs along famous horse trails and many farmstead vineyards for a total of 42km. The difference in altitude is about 520 metres.
Even though the technical data does not seem all that impressive, this itinerary is particularly arduous due to the many uphill stretches (there are 10) with steep inclines, and downhill sections which are over in a heartbeat and don't really allow you to rest much after all the effort you have made.
Considering that it's possible to reach the maximum altitude of 200 metres in just a few metres, we estimate that the incline is around 20% in at least three different stretches.
All the effort to reach the top of the hills (the "gozzi") is worth it for the view at the top: San Marino, Verucchio, then Santarcangelo and Rimini are visible up here and cyclists can use them as reference points.
In summer, we advise packing two 750ml water bottles or a hydration pack, because there is nowhere to stock up on water along the route.
The trail can be very dusty if done at a very dry time of year. We do not recommend this itinerary after rainfall because the terrain is very clayey and it tends to stick to the wheels. 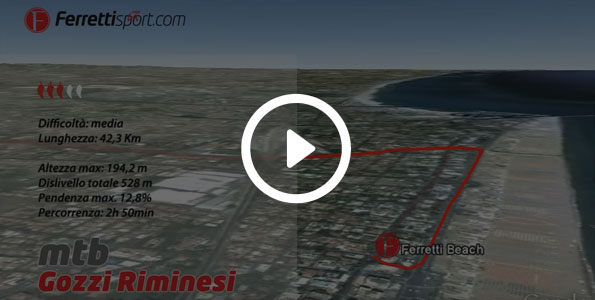 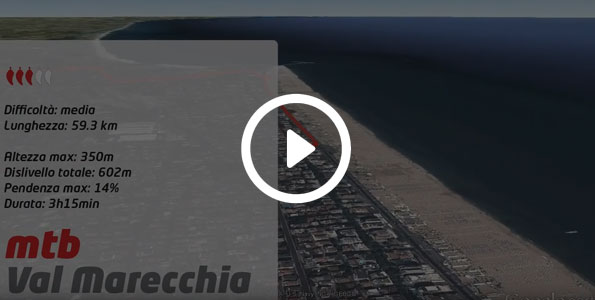 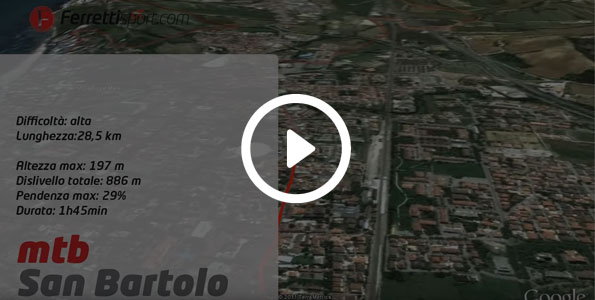 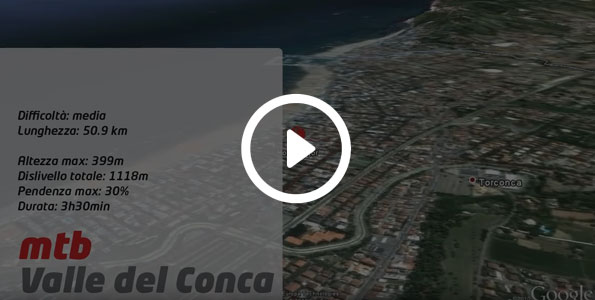